This week was more than a little crazy, but despite the long work days and project balancing, I was in Charlottesville and that in and of itself is something to be celebrated.  And it was, because Friday’s After Five is back for the season and we all finally have a renewed sense of motivation and drive to push through the rest of the week.

Based on sales there were an estimated 20K people in attendance on Friday, only slightly down from last year – which I’d imagine was a result of the 50 degree chill, but still no place in the world I’d rather be.

Earlier in the day I actually took a little lunch break adventure as a part of our #MADloveCville campaign around town, and grabbed some sweet Cadbury Egg FILLED cupcakes from SweetHaus and dropped the off with a note and free class for a little ‘Free Sweet, Free Sweat’ action.

First Stop: the NEW Sass Factory Salon on Main Street (next to Bella’s).  These ladies are awesome, and despite being MAD in their own right, they’re some of our favorite clients to have in class so it made perfect sense to drop in.

Stop #2 happened at lululemon Charlottesville (showroom now located next to Shenanigans in the Main St. Annex) where Coach Kiks watched over the sweet little bundle and made sure it went to a good home.

I had two more cupcakes to give out, but was tight on time, so I saved them for the evening and left one with the awesome police at the information booth on the way in to Fridays to give out with their best discretion, and soldiered on into the MADness that was Fridays to give out the remaining treat, along with about 50 free class passes.  The beauty of Charlottesville is the community, the events that bring us together.  It’s rare to be able to go out every Friday night and know where all your friends are, and that there’s a single place to bring everyone together without having to juggle scheduling and multiple obligations.  For the constantly over-scheduled and under-available of us, it is the best way to streamline friends and friday plans into a pretty concise and guaranteed package.

By 8pm it was time for some food, and wine apparently, and Orzo was an easy choice after last week’s great dinner.  My parents were in town checking out houses, again, so it was a great meal to add to their slow tour d’Charlottesville. 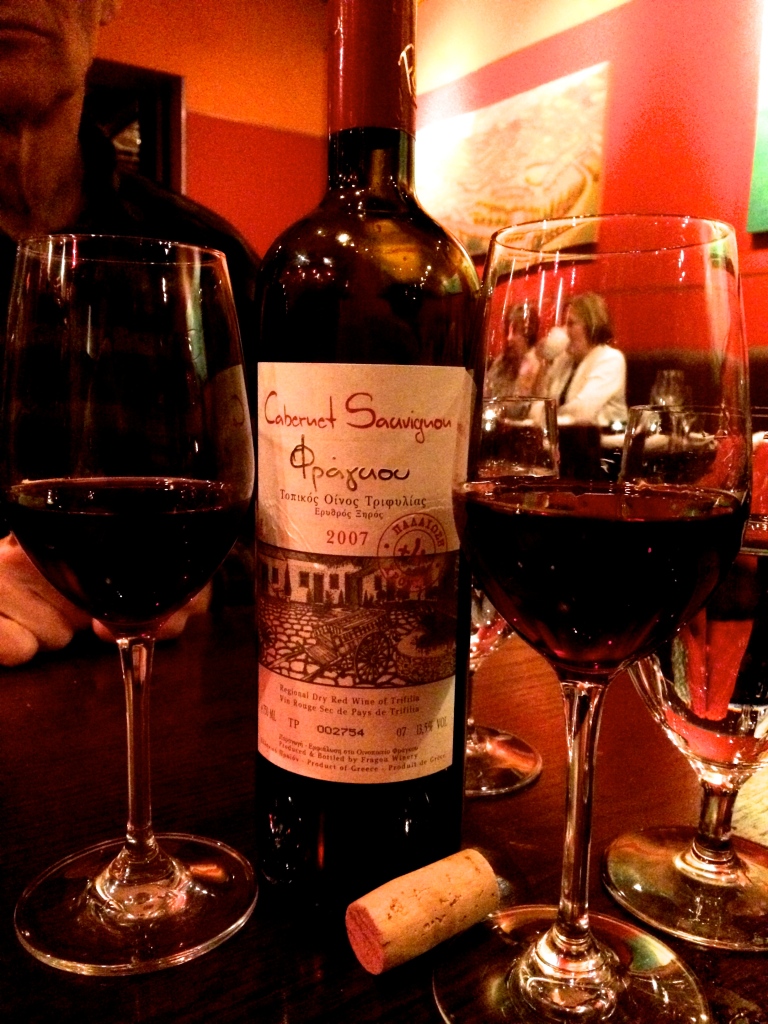 While it was pretty substantial that my parents were looking to retire in my favorite town in the world, the most substantial thing was the unlikely reality of the place they finally found.  My parents have a thing for water and land, which made some of their initial choices a little ‘interesting,’ but they eventually found ‘the one,’ that just so happens to be a house that I’ve observed from afar more times than I can count.

It’s not central in town, or on the typical beaten path that everyone would know, but if you were a rower at Virginia, it was on your daily path…on the water.

The edge of their property lines up with the final 250 meter marker on the rivanna 2k course, on the water UVa rows on.  It’s beautiful, it’s sentimental, and it’s the last little puzzle piece tying so much of my college experience together.  Even though they aren’t planning to move for a couple of years, I have a sneaking suspicion that it’s going to be sooner rather than later.  And the best part?  There’s a pool that will be ready by closing in a month, and you better believe I’ll be ready too.

All in all the weekend was a pretty great start to ‘summer,’ and the rest of what’s to come.