I live for Sundays.  It’s the sleep-in, make breakfast, drink my whole damn coffee (or two), and enjoy the scenery day I exist for.  Even when I’m in Charlottesville (especially when I’m here) and I know I’m going to be at MADabolic in the morning, the pace is still distinctly different.  The only thing better than Sunday mornings are Sunday afternoons that involve great food and relaxation.

Since this past Sunday marked day #2 of the 28toLife partial re-charge, and thanks to an afternoon trip to Whole Foods, the fridge was stocked with food begging to be turned into something amazing.

Now, I’m going to digress for a moment because this Sunday happened to also bring the less than thrilling news that apparently it was going to snow — again.  I love a good snow day, maybe once a year, but that quota was filled months ago and I’m ready for 70 and sunny.  Apparently that wasn’t happening, so after surviving the parking wars at Whole Foods and a desperate scramble for provisions, it was homeward bound for 48 exciting hours of wine-less confinement.

The best way to keep my mind off of something displeasurable is to cook, so I blocked out the snow-cast and got organized.

The fridge was inspected by Bug, and packed with plenty of food to survive the storm (note: the left side door doesn’t count– some things should never be thrown away even if they’re forbidden in the moment #beer #wine).

For dinner, I started with two main ingredients: spaghetti squash and my new absolute favorite (and LOCAL) marinara from Keswick Gormet.

The woman who actually makes this sauce happened to be in Whole Foods on Sunday with a sample table.  It is completely free of preservatives, sugars, or any added anything outside of her amazing natural ingredients — and it tastes JUST like my grandmother’s best sauce (a true testament from an Italian granddaughter).

Since I needed to get some meat into the meal, I decided to make a vegetable and ground beef base to transform it into a meat sauce.

While it was all simmering together a salad was created with romaine, kale, avocado, almonds, heirloom cherry tomatoes and cucumber. 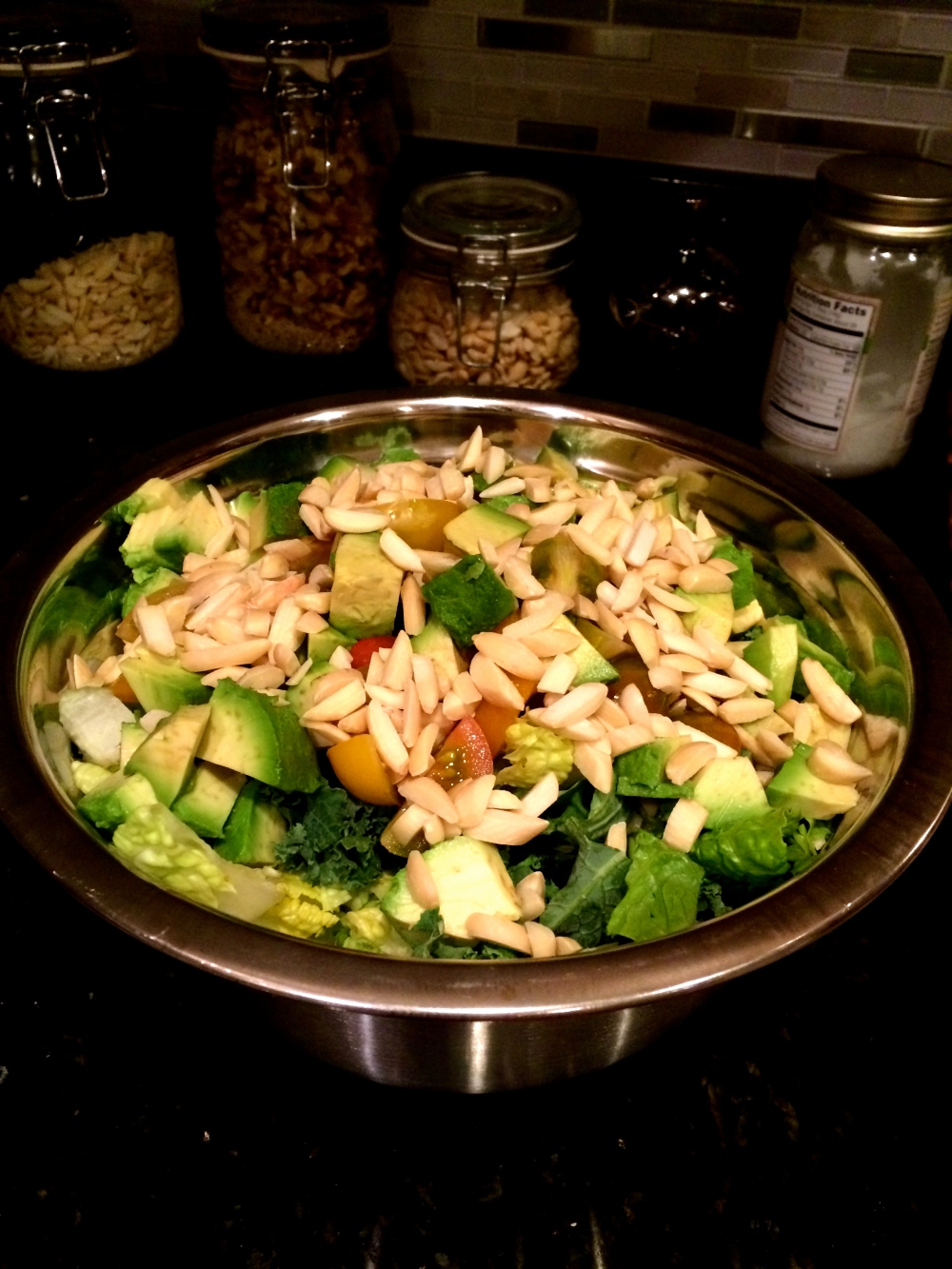 And then, miraculously, the best meal I’ve had in recent memory was completed: 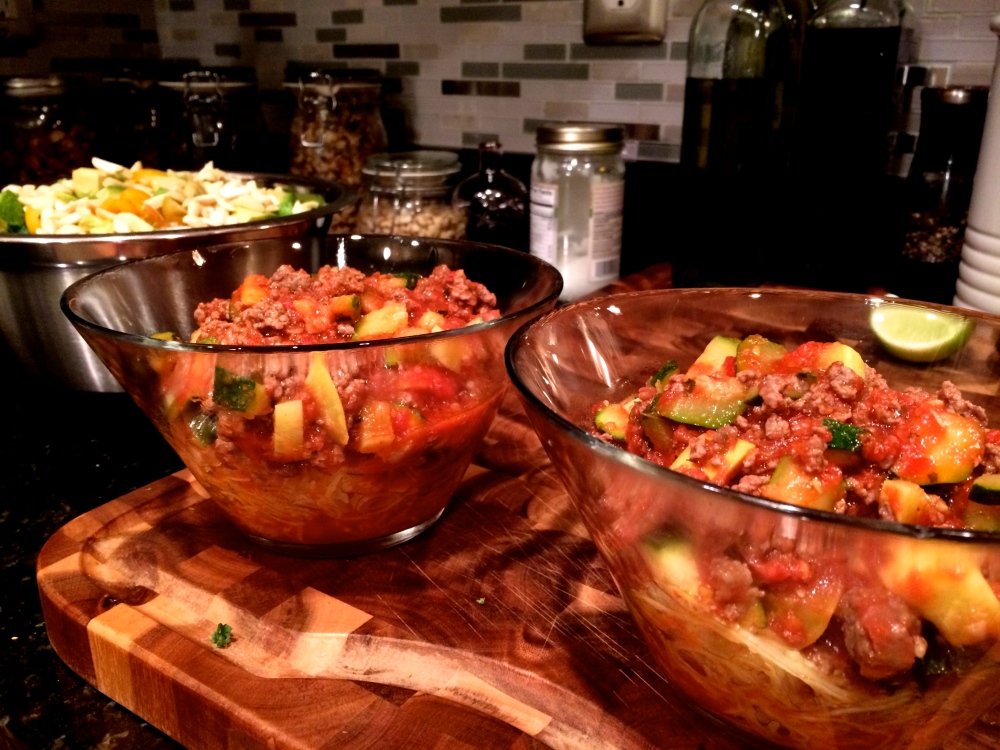 I love food, pretty non-discriminantly, but this was SO good.  I had roasted two spaghetti squash the night before, and the full jar of marinara with a little over a pound of meat so there was plenty to go around, and a good amount of leftovers (that all lasted less than 24 hours).  I highly recommend this as one of the easiest, best, and most re-heating friendly meals ever.  Try it.

So, the moral of the story is that I survived the snow, and managed to keep myself busy long enough to avoid any serious breakdowns — although wine would have helped my morale tremendously.