I can’t remember the last time I took a legitimate vacation away from work, constant internet connection, and phone dependency.  What originally was going to be a work-focused trip to Chicago with Dar quickly transformed into an extended weekend away with some great friends, and amazing weather – with business sprinkled in to the daytime hours. 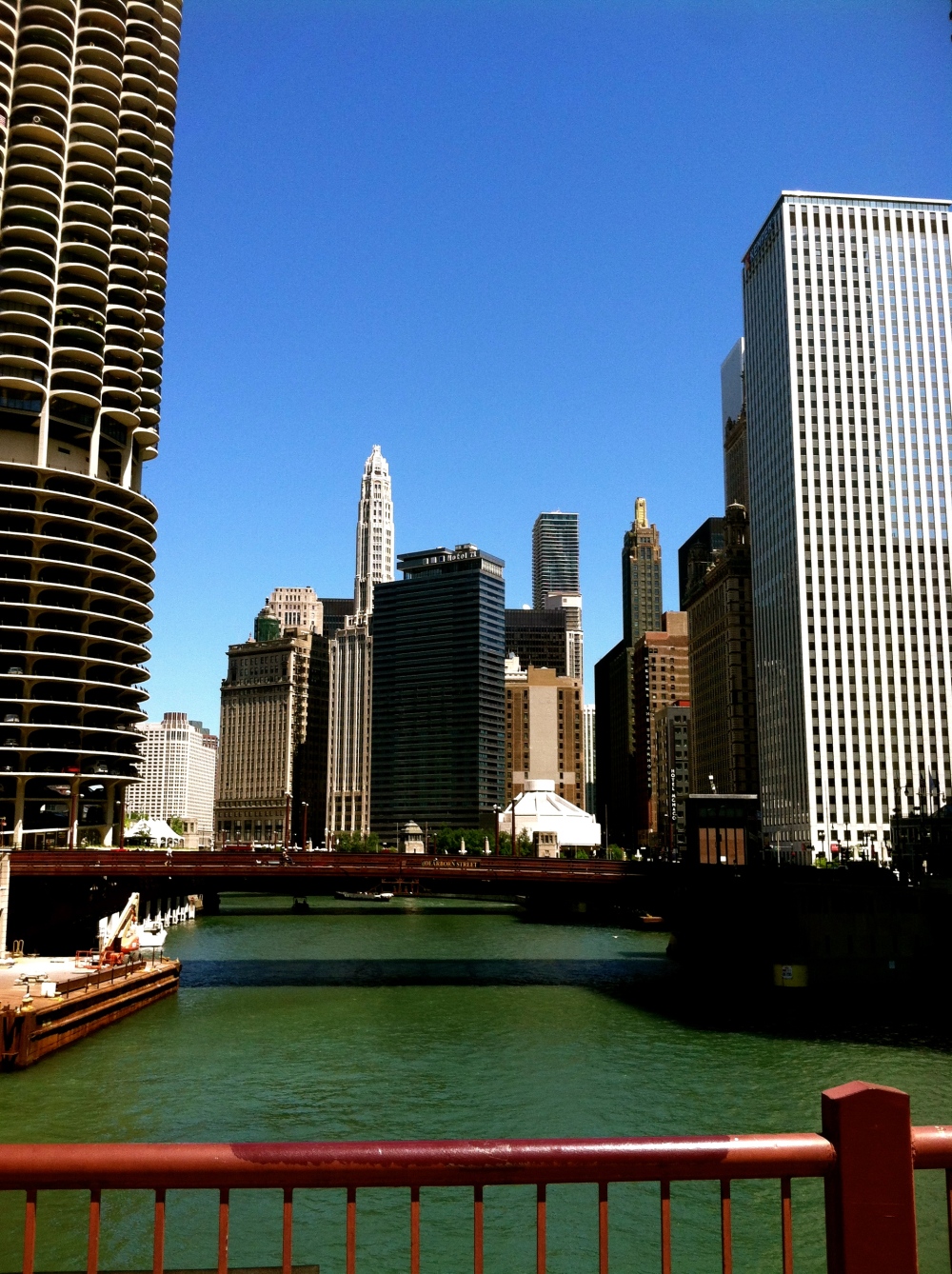 Despite the early flight time, long travel hours, and airport lethargy (I’d be great at traveling if it weren’t for the travel part) – we were there by 12pm on Friday, right in time for lunch on the river.

We sat right outside with a table RIGHT on the river, so close in fact we personally met all of the fine folks that were parking their boats and shimmying up to the restaurant for lunch and drinks. 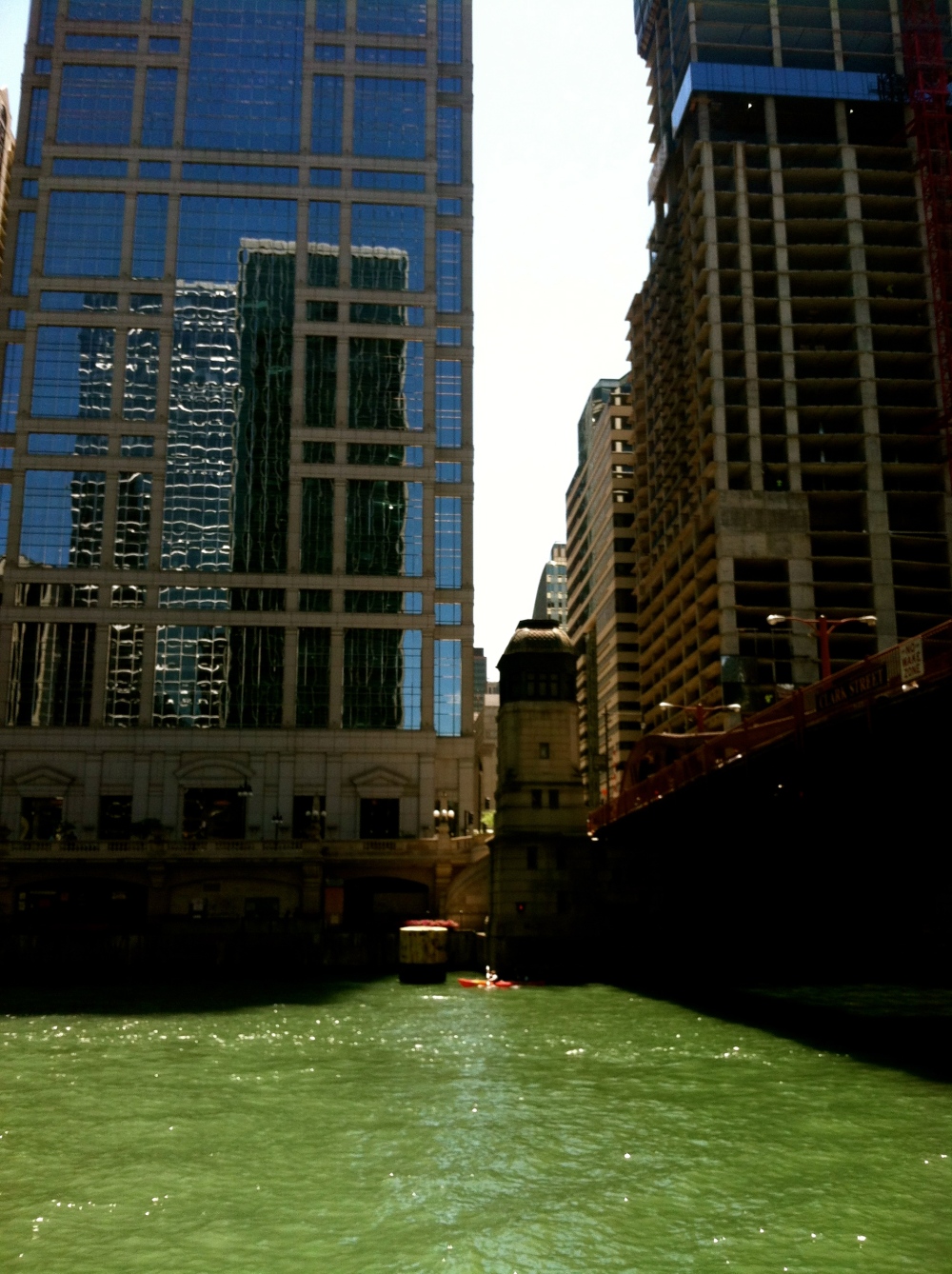 We were bought a round of drinks courtesy of one of our new friends, and had an extended conversation with the restaurants owner about Chicago, fitness, and his previous home of 10 years: Charlotte! 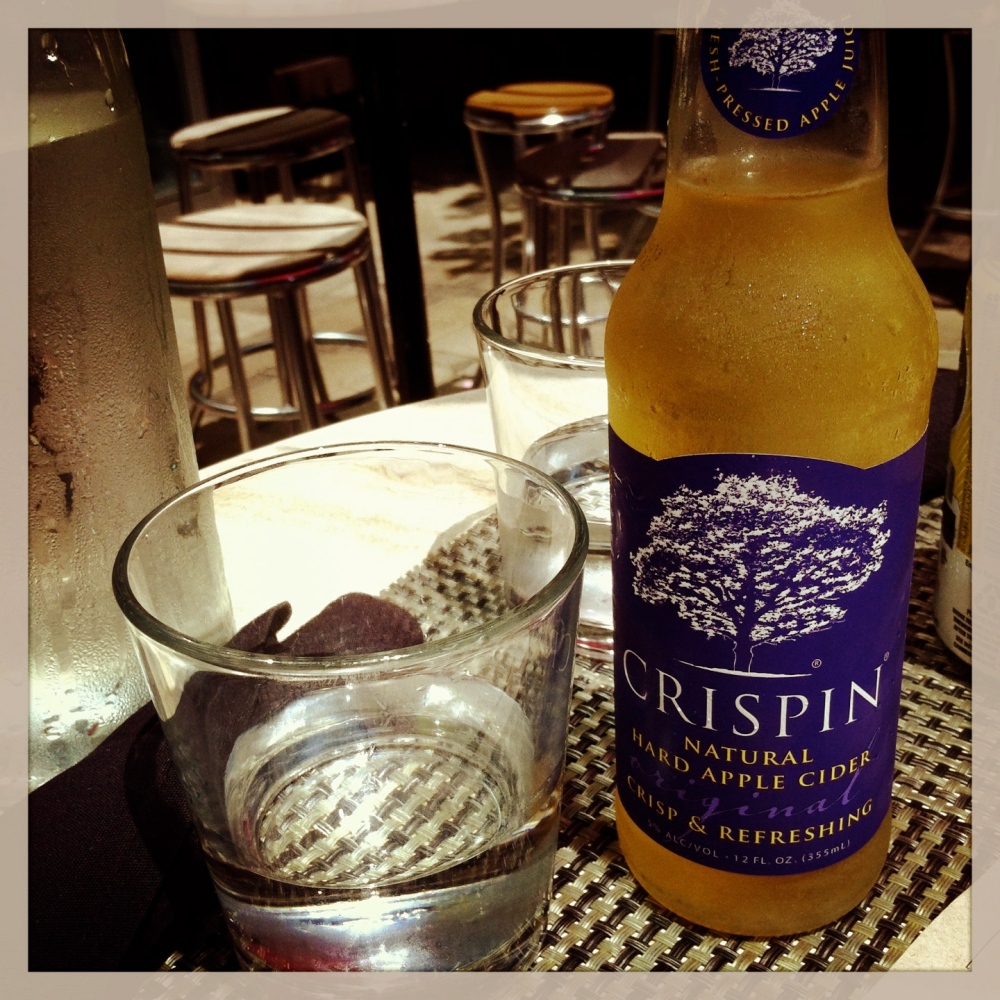 After a long morning of travel, this was exactly what we needed.  After lunch, in the spirit of vacation, we did our own vacation rituals and listened to our own personal needs; Dar went to the hotel and took a long nap, and I adventured around the city and got my nails done (with a few extra turns and city street wandering). 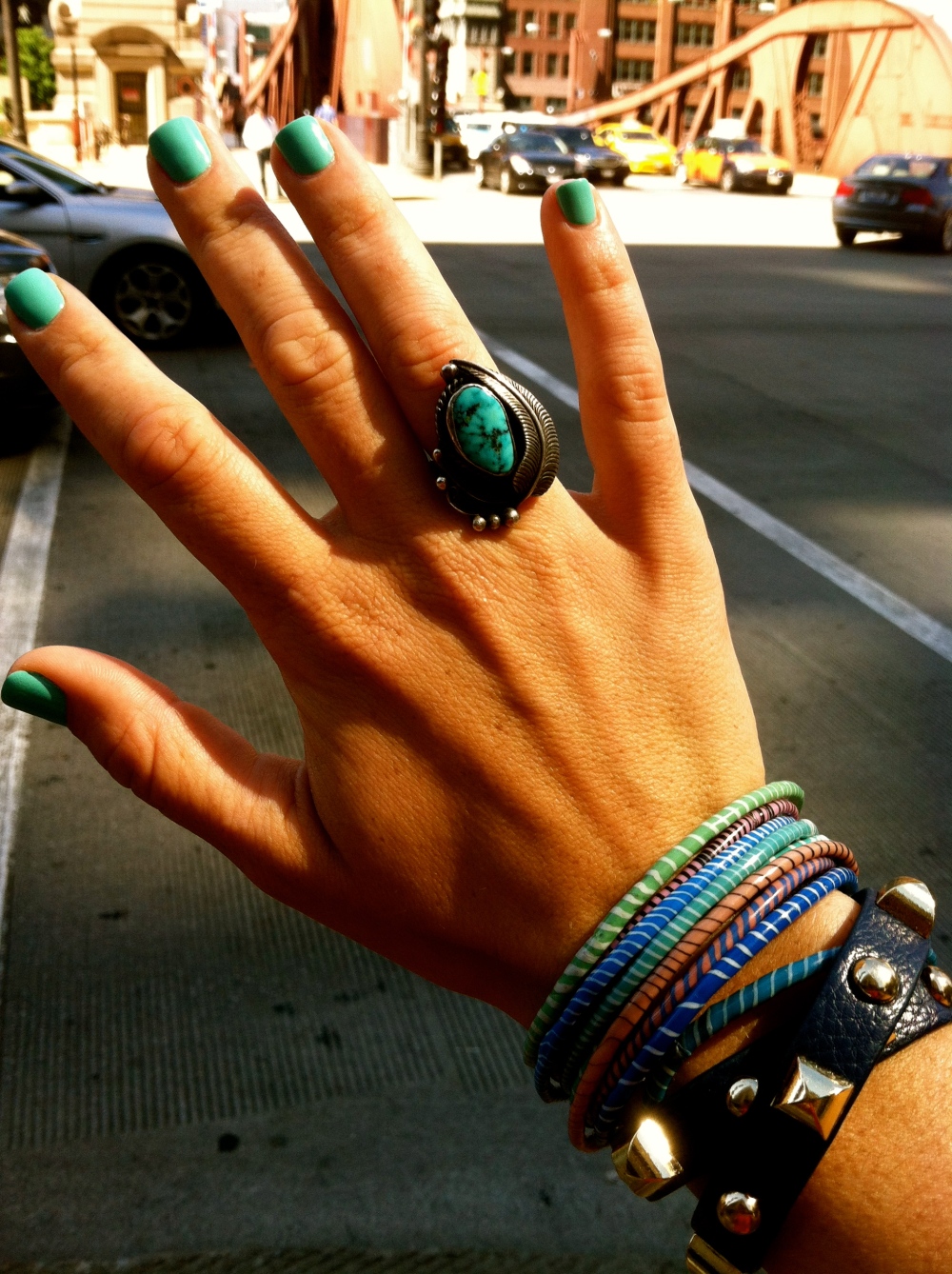 When I travel to different places I usually bring at least one special piece of jewelry that at one time belonged to my grandmother (my mom’s mom, Edna May).  She was always taking trips with her girlfriends, taking in new cities, cultures, and I think just space out of what seemed like a super static life.  I totally get that. There’s always something freeing about traveling to a new place and thinking about what could be, what additional experiences and communities could be built – ultimately helping to re-instire, direct, or even simply appreciate the life back at home.

This trip was a lot of that for me, and it was awesome to have a little piece of my grandmother there with me, adventuring and seeing my world from a different vantage point.

After my adventures around town it was time for dinner, and a little check in back with our Cville lives since Anita + Uday (two of our favorite bootcampers AND and neighborhood organizers) were in town to take over Chicagoland with us.   They organized a progressive dinner tour on Friday night with our first stop at Bin 36. 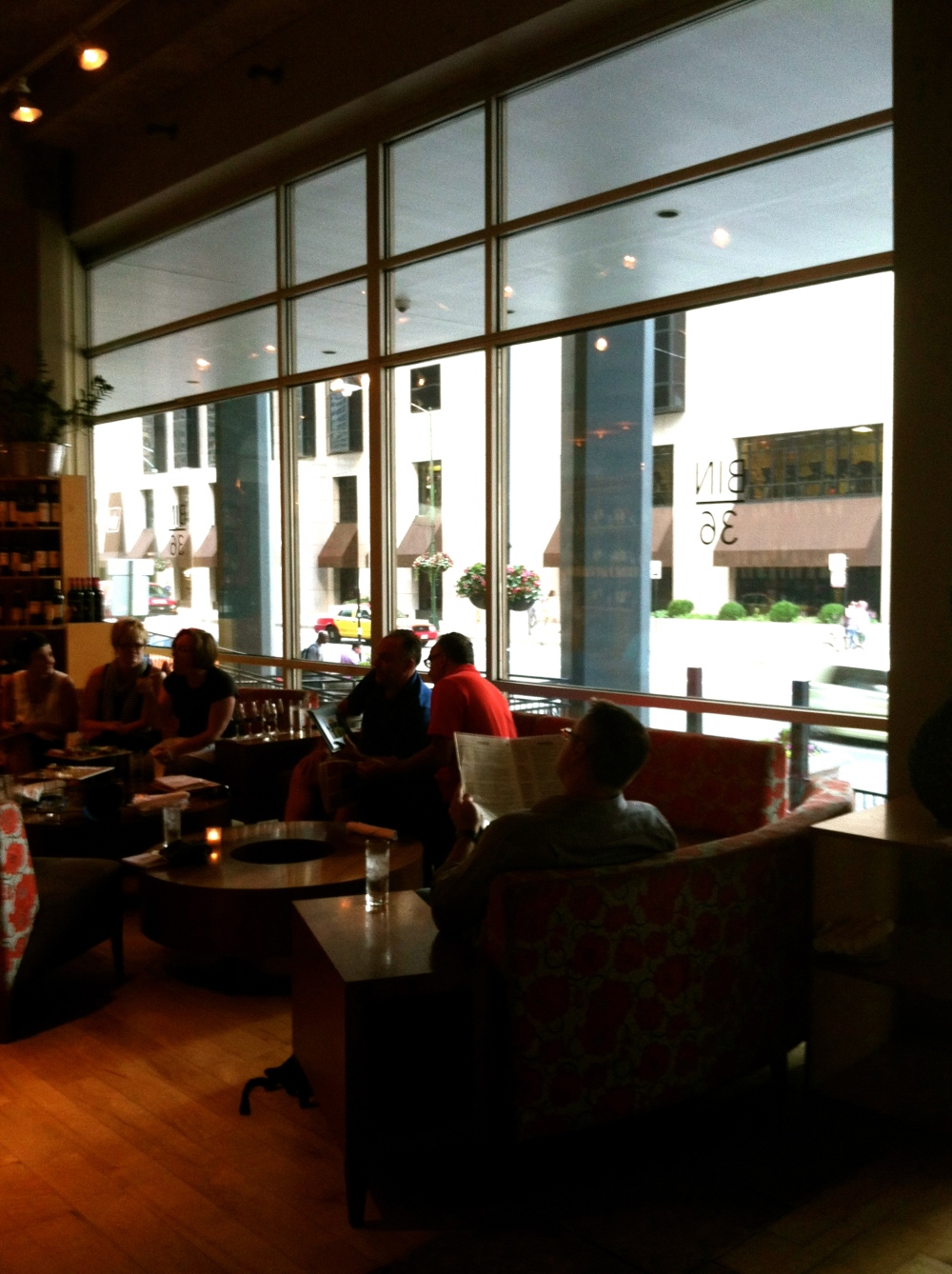 This first stop was the ‘wine + appetizer’ stop on the dinner tour, and it proved to be perfect for just that. 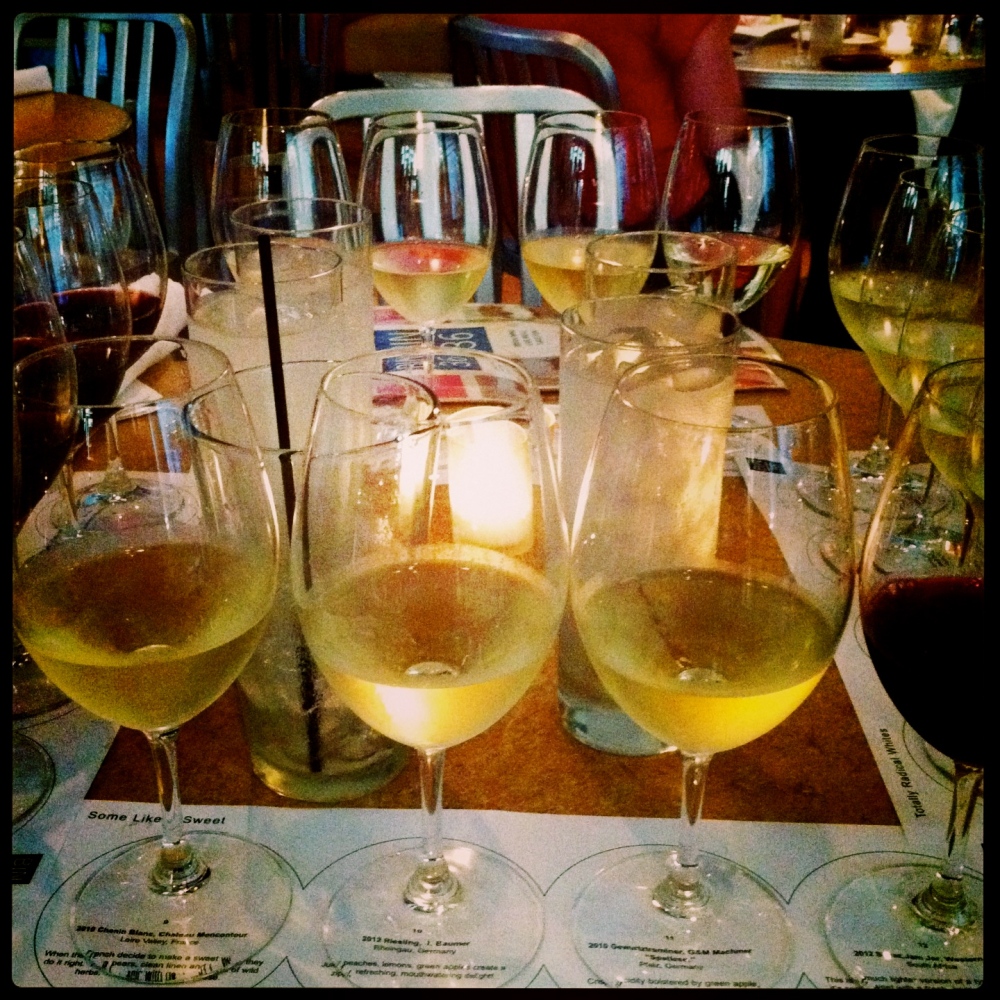 I chose the ‘some like it sweet’ wine flight, which was awesome.  Dar was actually the only flight of reds, but we all chose different pairings. 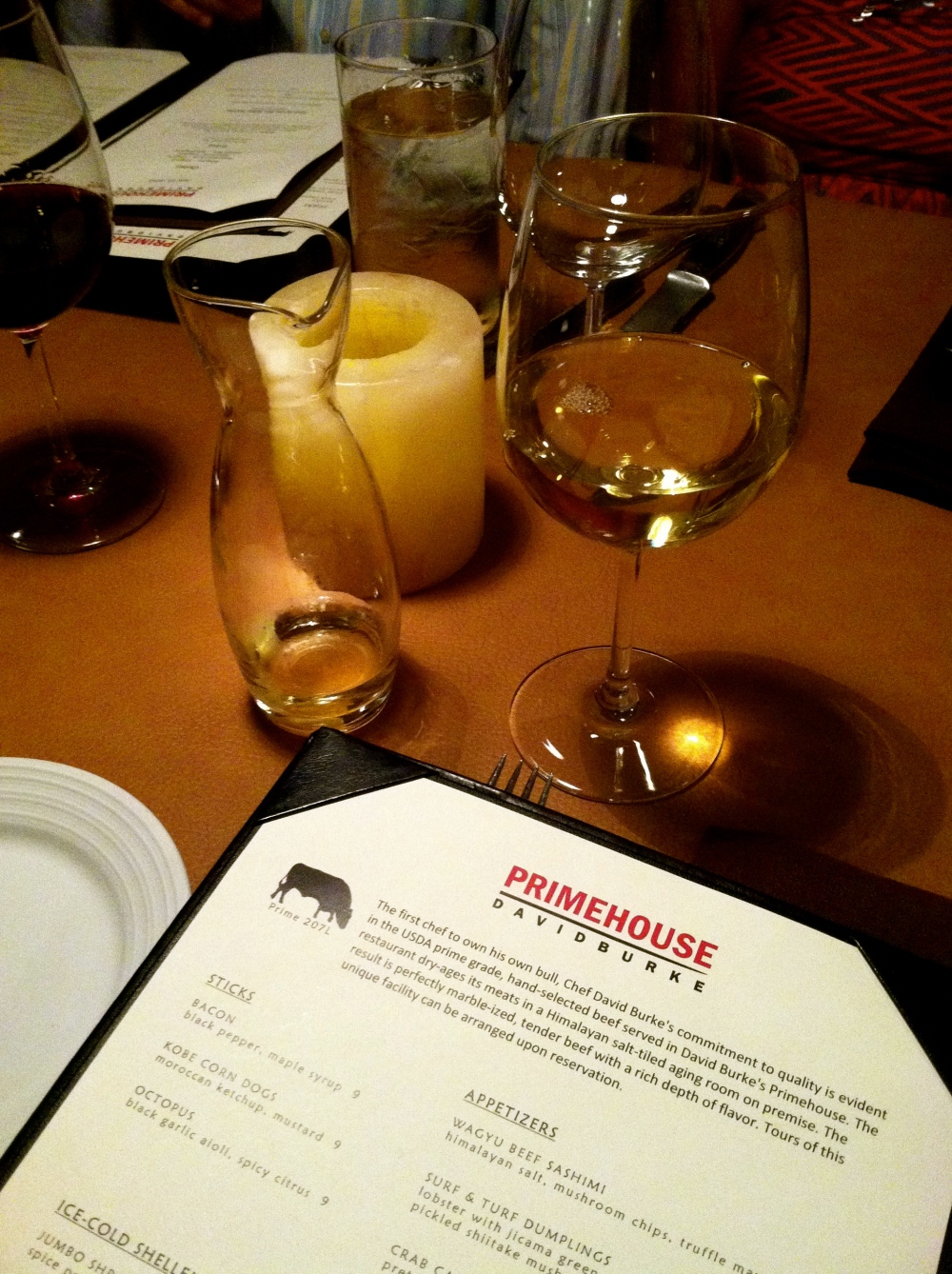 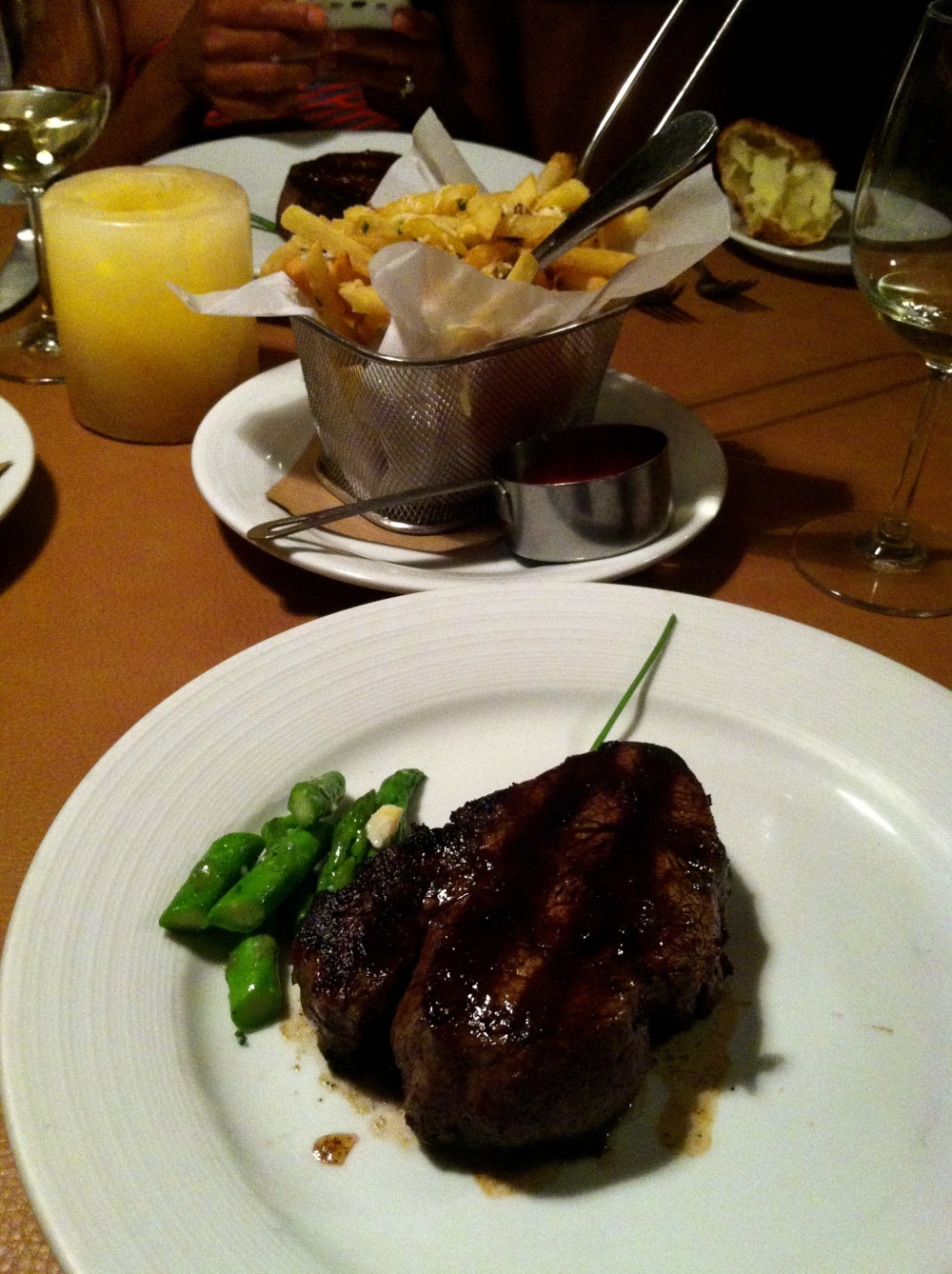 And three amazing, enormous, sides of food for the group.

The asparagus was awesome: tender roasted w/a poached egg in the center. 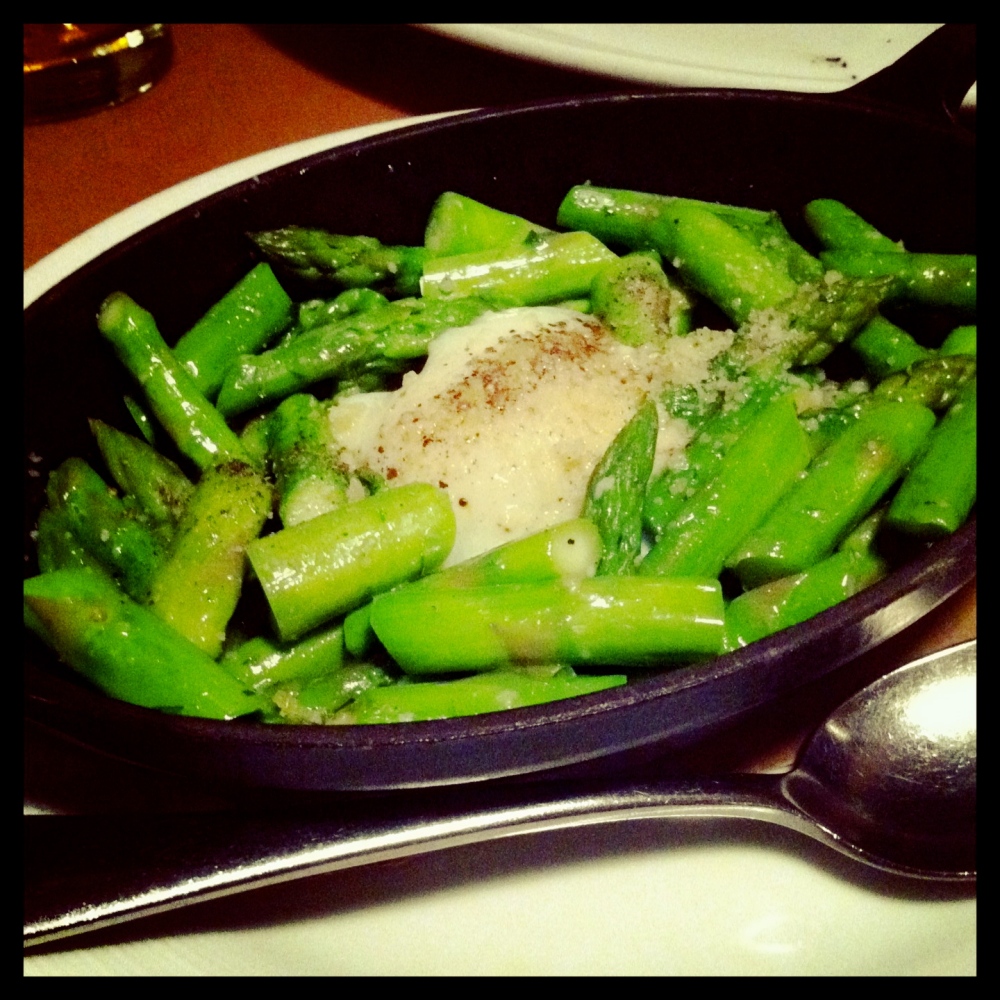 Spinach Gnocchi with a fresh spinach center and a cream sauce.  I dripped off a bunch of the sauce, leaving just a light glaze on top for flavor.  Unreal. 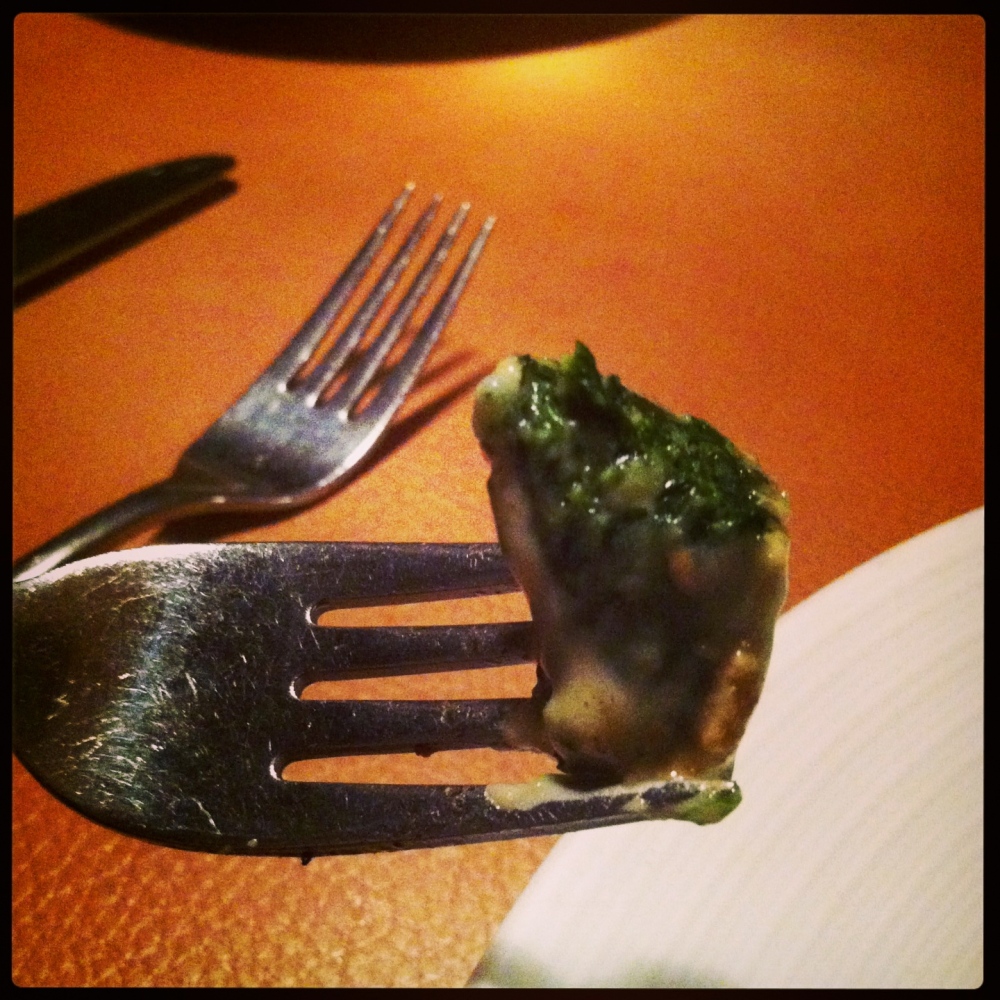 I also need to go back to the beginning and make note of the exceptional rolls that they have – like a sweet pastry puff with asiago cheese toasted on top. 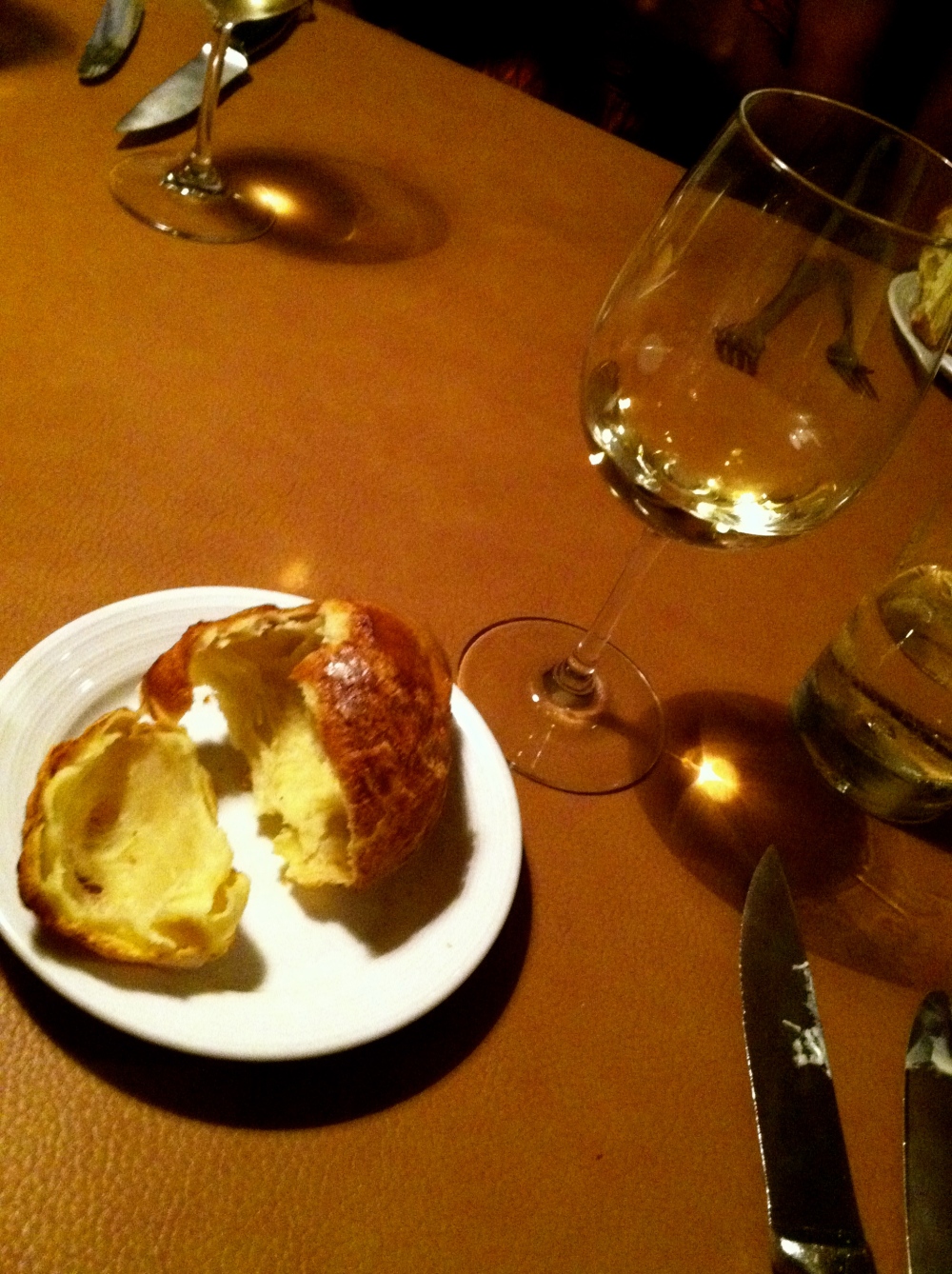 So, it’s pretty safe to say that the weekend started out with a little less health + fitness than normal, and a little more eating + drinking.

The trend only continued the later we pushed into Friday night with dessert at Sable (the gastropub at Hotel Palomar), and even more fun with the whole group. 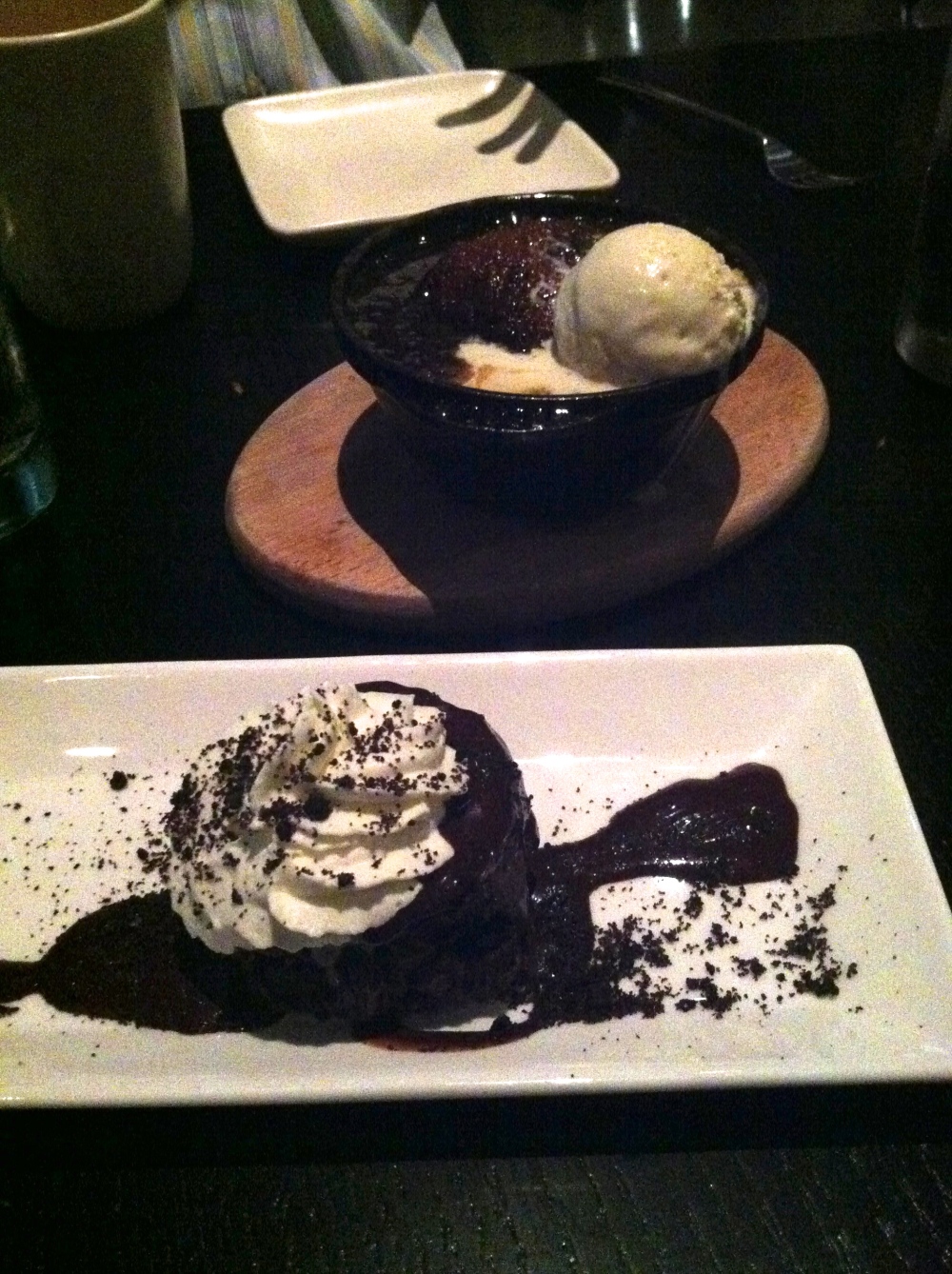 The top dessert was the Warm Sticky Toffee Pudding Cake with bourbon ice cream, and the bottom was the Cookies and Cream Ice Box cake.

So that’s the start to the Chicago adventure – and a great start to the sequel of last October’s epic Chi-town trip.  The rest of the weekend was even more eventful than the first half, which will be apparent in the next post!

Anyone else secretly (or not so secretly) want to live in Chicago, if there was no winter?  Seriously, if the winter were just half as brutal I think I would have to live there – since that’s not seeming likely I guess I’ll just have to work on my half-year plan to live there in the summer.